Lunar New Year 2016: Year of the Fire Monkey. What are we eating?

Today, February 7, 2016, begins the lunar new year, the Year of the (Red Fire) Monkey. According to Chinese astrology, every year is associated with a different animal/deity, complete with their own personality traits and influence over the life of the person born to the sign. These animals rotate every 12 years. Those born in the year between February 12, 1956 - January 30, 1957 are Fire Monkeys. They are energetic, clever, aggressive, and, well, "fiery". Here and here are some cool astrological breakdowns. But why a "Fire" monkey, or the other versions that are based on the elements earth, wood, metal, and water? Are they different from regular monkeys? Yes. The different versions are also cyclical like the animals of the zodiac themselves. If your birth year assigns you to the Fire, Water, Earth, Metal, or Wood monkey, you also get the added privilege of some bonus qualities (like I am a Fire Snake, for example). Regardless, all monkeys are celebrated this year.

Most people associate China with being the country to (literally) celebrate with fireworks. And while the Chinese are definitely beautifully flamboyant with their festivities, Korea and Vietnam, as well as other Asian countries including Hong Kong, Macau, Taiwan, Singapore, Thailand, Cambodia, Indonesia, Malaysia, Mauritius, and the Philippines also celebrate the lunar new year with their own takes on good luck food. Here's what the Lunar New Year means in a few of those places.

So what do we eat to celebrate? Let's start with Korea where it's called Seollal.

Traditionally in Korea the foods are first presented more as an altar to family ancestors than as a gather-round-the-table meal, though of course lots of food is prepared and eaten after the rituals, called Charye. People dress up and families travel far to celebrate. And included in the list of yummies are rice cake soup (which starts the new year out on a positive, cleansing note), kimchi dumplings, and barbecuzed beef and short ribs. Check out this site for more recipes, and here for more info on Korean New Year traditions.

In Vietnam, the New Year is called Tết.

And now onto China!

Here we have whole, steamed fish, and steamed, sweet nian gao (year cake) made from gluttonous rice. Then there are citrusy pomelos, tangerines and oranges, as well long noodles, long beans and long, leafy greens. But don't forget the fried turnip cakes and fried rice, nor the dumplings or egg rolls. More details are at these links here, here and here.

And that's just the food! What gets most of the attention are the parades with dancing dragons, lanterns decorating the sky, joss sticks burning on altars to remember those who have died, and the color red everywhere you look. Then there are the chores, customs and simple rituals that need to happen to bring good luck.


What about another way to celebrate Lunar New Year 2016? Follow the example that thousands of Asian Americans are doing who want to honor their cultural backgrounds, but who grew up in the United States and want to incorporate their modern identities into their celebrations. They blend the foods together and make something brand new. People can go to parades that have Chinese dragons AND hybridized Chinese food trucks, for example. In a Los Angeles Times article, chef Tin Vuong puts it this way, "I learned all the good things and all the bad things I know from Chinese New Year's, drinking, gambling, respect for elders, religion, tradition. Everything about me was centered around this." Yet, he doesn't uphold all of the traditions since his elder relatives have passed away.


And in New York City, chef Anita Lo has concocted a new snack that fuses Lunar New Year food with the most American of sport holidays - Super Bowl Sunday - to make what she calls "Monkey Bread Pork Buns". Personally, I think these should be for all holidays from now on. Here's the recipe in Food & Wine Magazine. 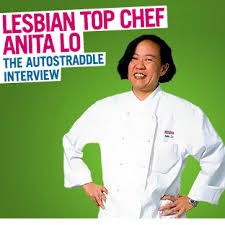 Here are some recipes for Americanized Chinese foods for new years, but with a respectful nod to authenticity.


And whichever way you choose to celebrate this Year of the (Red Fire) Monkey, eat well and eat with meaning.
Posted by Erica Slaysweeet at 6:00 AM