So after several days of eating the same, calorie-loving, Being Thankful Day leftovers till my belly bulges, I need something a tad lighter! That brings me to one of the underdogs of breakfast foods: cottage cheese! If you read this blog you will see that as a rule I try to consume foods that are not only REAL foods (sans chemicals/additives) that come from nature, but that also utilize the gorgeous native foods that come from the area close by in my neck of the woods. I especially think this about dairy and fresh bread products, meat, fish, and fresh produce. That said, I am a huge fan of imported Cruz de Malta yerba mate tea from Argentina (I have quite a mate container collection from two countries that will be the focus of a later post), Túóng Ót Toi Viet-Nam Chili Garlic Sauce and Huy Fong Foods Tương Ớt Sriracha (also known as “rooster” sauce) from Vietnam, Genova tonno canned tuna in olive oil from Italy (though I’ve heard there is some controversy with potential over-fishing practices by the owners so if anybody knows more about this please forward the info to me), Chaokoh coconut milk and Tiparos fish sauce from Thailand, Wasa fiber crispbreads from Sweden, French wines, cacao grown in tropical Latin American countries but transformed into dark chocolate in Europe, etc., etc. 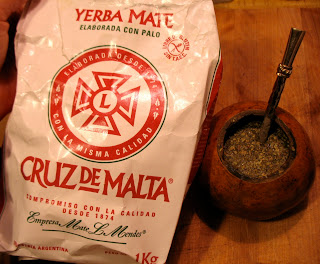 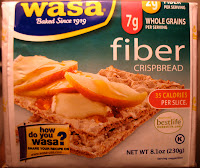 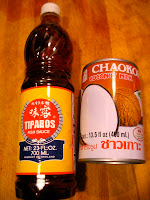 Although these are all products that I have access to living in an international port like the San Francisco Bay Area, I don’t think those living in smaller towns in the middle of the country are excluded from tasting some delicious foods from far-away places. Before I lived where I do now I hailed from Cincinnati, Ohio, which has good local foods, but where it was a challenge to eat "internationally." I sought out these kinds of things as a way to take mini-holidays to countries that I had only ever heard of in geography class or in National Geographic magazine. I think it opened my taste buds and mind to thinking of another country as somewhere wonderful and its people (who produced such wonderful delicacies for me from products I had never heard of before) as fascinating folks who I couldn’t wait to meet someday. This also helped to introduce me to new combinations of flavors so that when I started cooking for myself on a regular basis as a Freshman in high school, because I became a vegetarian at 15 (which lasted 11 years), and was rightfully told by my family that I therefore needed to learn how to cook to accommodate my new diet (we’ll come back to this again some time).
OK, back to breakfast! Other imported foods that I love are the jams and preserves from…yes, I know, I know…IKEA! Being a Swedish company that caters not only to hordes of fans of cheap, built-it-yourself furniture, they also want to satisfy the homesickness of ex-pat Swedes living in the US. (And yes, Swedish people living in Sweden actually do shop at IKEA too!) On your next re-decorating shopping trip to this company that first opened in 1958, I highly recommend you stop by the food shop located beyond the registers and next to the to-go cinnamon roll/hot dog/ice cream stand (they call it a Bistro/Exit Café). Careful not to spend more money there though than you did buying an ALÄNG table lamp or a BILLY bookcase like I did they last time I was there! They have whole-wheat, moose head-shaped pasta, jarred, pickled herring (yes, I like it), packaged smoked salmon and gravad lax, frozen KOTTBULLAR pre-cooked meatballs (that are amazing with mashed potatoes and lingonberry preserves), and a sinfully good, frozen dessert section. My staple purchases are always lingonberry, wild blueberry, and gooseberry preserves, though this last time I tried the elusive cloudberry kind, as well as orange/elderflower marmalade. Need I say more? 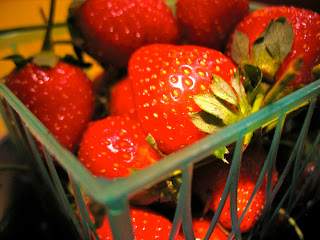 Again I digress, so here is my version of a proper light morning meal that can be paired with fresh seeded bread or crispbread, milk/soymilk, tea/coffee, or simply solo. The photo below is with SLYT KRUSBÄR gooseberry preserves and also includes local strawberries from the farmer’s market (a picture that was obviously taken over a month ago when the fruit was in season as we are now almost in December). For those of you that prefer your cottage cheese as a savory dish, feel free to substitute with your favorite toppings. 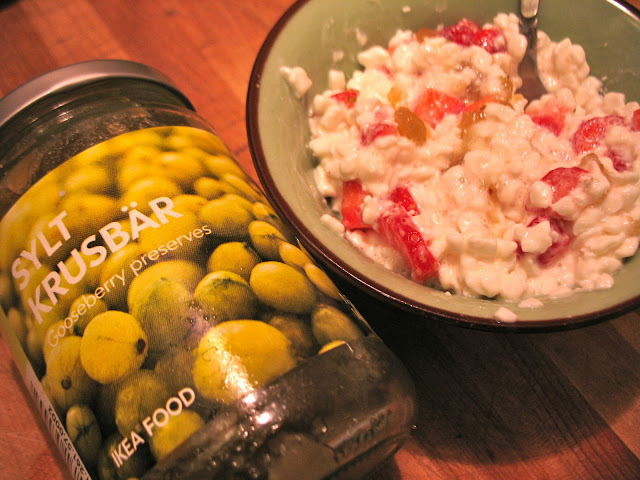