What I Ate Today...For Lunch.

Here is a quick, simple and highly versatile dish: pasta with bacon, garbanzo beans, leeks, cauliflower and kale. The only regret I have is that I think it would have been literally easier to eat if the pasta was in smaller shapes (i.e. penne, macaroni, etc.) instead of long strands. Getting a bite of cauliflower, garbanzo bean AND pasta onto my fork was tricky. Either way, Bon appetite! 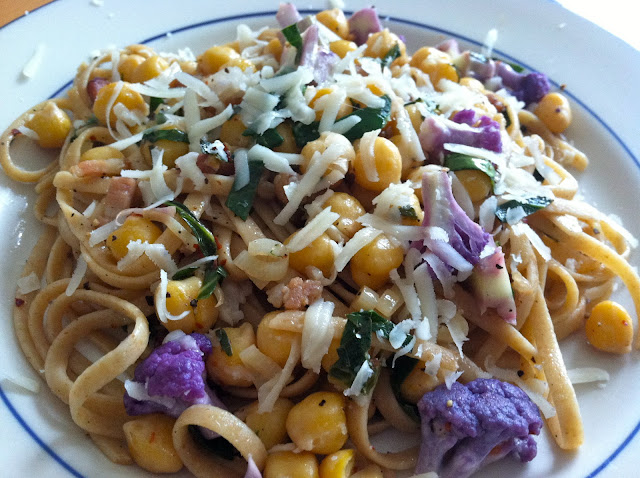 *If you have any pesto, that would also taste good mixed in at the end!*
Posted by Erica Slaysweeet at 8:00 PM